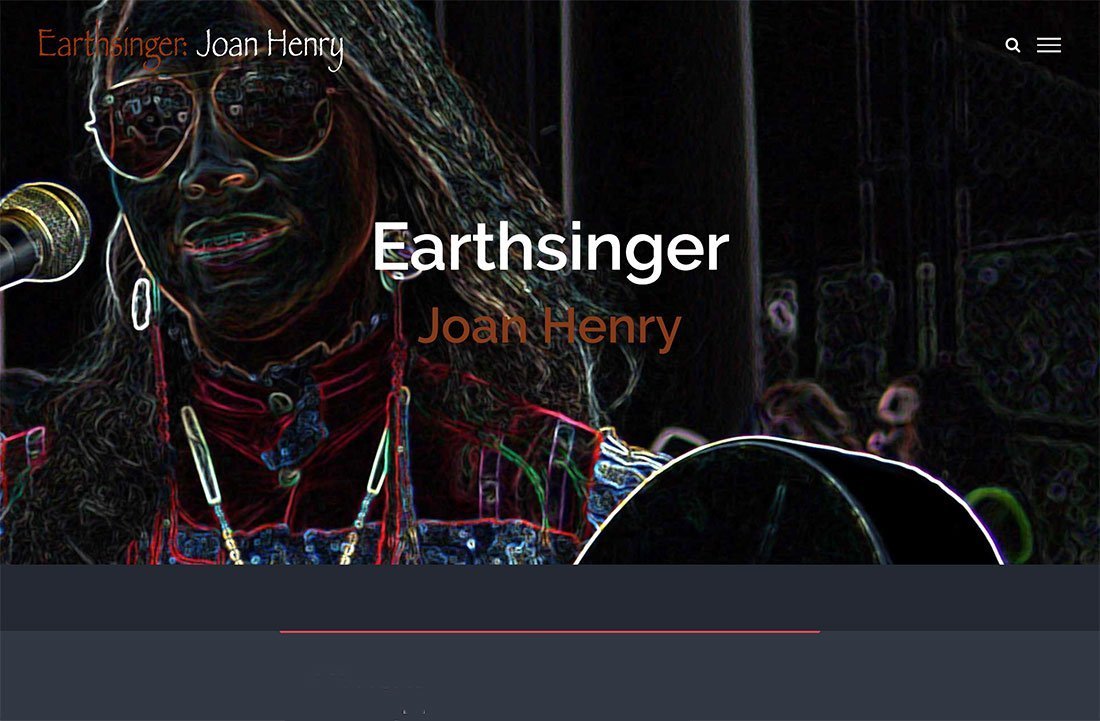 Most recently Joan Henry starred in the on Broadway smash hit, Ajijaak On Turtle Island, produced by Ibex Puppetry, a company founded in 2000 by Heather Henson, daughter of the iconic Muppets creator Jim Henson. In addition, Joan heads up the dynamic sextet — Spirited —  whose music may be described as a ‘jazz-and-journey’ experience dancing on the borders of world music with equal parts jazz standards and originals touched by Native American and Brazilian flair. Ms. Henry also teaches, presents and consults at schools, universities and museums from Wellesley & Vassar Colleges to the Smithsonian Museum of the American Indian in New York City, works with youth and women in indigenous communities in the US & Canada.

Webworks has done all the design and layout of the Earthsinger site through several incarnations from HTML to WordPress that Ms. Henry is able to update herself. The most recent mobile-friendly website refresh took place in 2018 with a whole new look and feel with the help of a modern and secure theme upgrade. Webworks is also responsible for most of the creation and content of the Earthsinger Kanogisgi YouTube Channel. This website acts as an umbrella to encompass the range of Ms. Henry’s evolving multifaceted career — a delicate balance.

Designs coming out of Robert Sink’s Webworks are clean, clear, dynamic, fluid, attractive to the eye and above all user friendly. As a designer, he chooses palettes and styles in accordance with your own vision for your website and stays in close contact with you throughout the process, which as an artist myself I particularly appreciated. I am still getting rave reviews on my current website even as we upgrade to a stylish new mobile, contemporary home page! Beautiful and interesting to your website visitors, Webworks sites really work for you.
— Joan Henry, Composer/Artist/Educator